This ARC-review kicks off my Bandicoot Cove Experience. Between today and September 21st there will be Previews, ARC-reviews and Guestposts from the authors Vivian Arend, Lexxie Couper and Jess Dee. 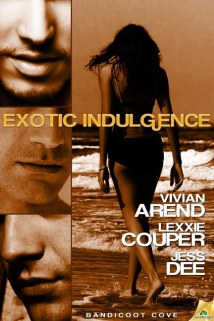 It’s time for an indulgence, or two…or three.

There’s something magical about Bandicoot Cove. It’s where Kylie Sullivan’s dream of managing a luxury, five-star resort is about to come true. And it’s where people tend to fall in love. Kylie should know. She’s fallen hard—for three very different men.

There’s Brad, who knows just how to relieve her stress and send her body on a crash course through pleasure. Hemi, her untamed Maori, who awakens her primitive side. And Finn, the sexy bartender whose specialty is Screaming Orgasms.

The three men fulfill all her sexual fantasies, but Kylie knows reality will eventually set in and she’ll have to choose. But how? For now she decides not to decide—at least until she makes sure the resort’s soft opening comes off without a hitch.

As far as Brad, Hemi and Finn are concerned, Kylie’s life is too much work and not enough play. The only choice they plan to give her is to say yes to their wildly passionate proposal…

Warning: Three sexy men pleasing one uninhibited woman—how much more warning do you need? This short story is long on heat, with a drool-worthy setting and sexual interludes in the office, at the beach and the bar. You want a day job like this.

First line:
You Are Personally and Cordially Invited to Attend The Soft Opening of Australia’s Newest FIVE-STAR Luxury Resort BANDICOOT COVE on Bilby Island.
Bring a plus one if you desire. All expenses and needs will be catered for as we test our customer services in preparation for the Grand Opening.

Kylie stared at the embossed card once more. 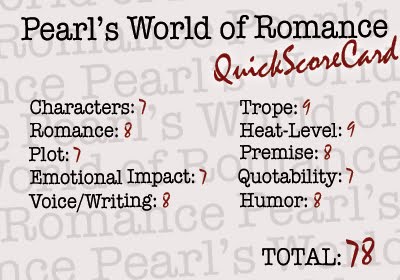 QuickScore-Verdict:
Holy cow, that was some opening chapter. The minute I read it I knew I was in for some hot, sexy times with this series. I didn’t get in depth characterization or an emotionally touching story and that wasn’t what I was expecting either. I expected a ménage, hot and dirty and that is what I got, poured into some crisp, humorous writing and some sizzling hot sex scenes.

This very short story is the perfect appetizer for what’s to come in this series. I know it was co-written by the three authors whose books form the series but I really couldn’t discover who wrote what. The writing blended together perfectly and delivered what the blurb promised: a quickie introduction into this fabulous series!

If you love ménages-a-quatre and you’re looking for a quick but satisfying read, don’t let this freebie pass you by. Get it and make it your lunch-break quickie!

Favorite Quotes:
(Brad) “I’d love to talk about dessert. Sweet, dark chocolate, smeared all over you so I can lick it off, is my first choice.” The husky tone of his voice shot into her ears and melted her spine a little.

How did this happen? How had she been caught under the spell of three different men? Brad was incredibly persistent. Hemi almost caveman-like in his sexual domination of her body, and Finn…God, she couldn’t even find the words to describe his power over her. 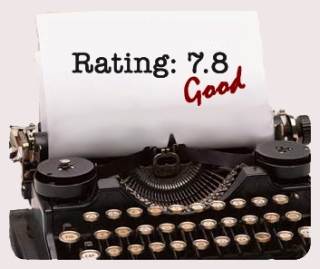