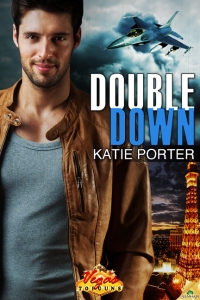 “Desire as reckless as a fighter jet in freefall…and just as dangerous. “

As part of the 64th Aggressor Squadron, Major Ryan “Fang” Haverty flies like the enemy to teach Allied pilots how not to die. The glittering excess of the Strip can’t compare to the glowing jet engines of his F-16. But a sexy, redheaded waitress in seamed stockings? Now “she” gets his blood pumping.

Cassandra Whitman’s good-girl ways haven’t earned any slack from her manager ex-boyfriend, or prevented a bad case of frazzle from holding down two and a half jobs. She sure wouldn’t mind letting the handsome Southern charmer shake up her routine.

Their wild weekend lives up to Sin City’s reputation. Especially when they discover a matched passion for roleplaying. For Cass, it’s an exciting departure from her normal, shy persona. But for Ryan, it triggers memories of a time when his fetish drove away the woman he loved-leaving him reluctant to risk a repeat performance.

Except Cass refuses to settle for ordinary ever again. She’s about to show the man with hair-trigger hands that she’s got a few surprise moves of her own.

Warning: This book contains dirty-hot roleplaying, featuring an all-alpha fighter pilot and an ambitious waitress with a fabulous imagination. Also: dressing-room sex, a plaid schoolgirl skirt, and a sprinkling of spankings.

Last line:
“So,” she said breathlessly. “Feel like giving a kindergarten teacher the best vacation of her life?”

Cassandra Whitman is a waitress with a degree in art history but isn’t pursuing that dream very hard, though she interns at an art gallery. She’s cautious and a bit timid. She’s also sensible and responsible but Ryan and his fetish definitely bring out her adventurous naughty side, bold and daring.

Major Ryan “Fang” Haverty is a 64th Aggressor Squadron fighter jet pilot.
He’s ambitious, considerate, charming and polite until he sees Cass dressed up…then the gentleman makes place for a raunchy dirty boy with a fetish.
He’s had a rough childhood he was determined to escape. He’s also not comfortable with his fetish. He fears Cassandra will think he’s weird. The wrong woman for him planted this in his mind. He needs to realize that the right woman, Cassandra, won’t mind it but even welcomes it!

The secondary cast was just right! Not to too many, not too little and they all contributed to my enjoyment of the story. I loved the banter and bickering between Ryan, Leah and Jon. They didn’t pull any punches with each other and I’m curious to see what Katie Porter has in store for Jon and Lea.

DOUBLE DOWN is an extremely hot book, dirty sexy as dirty sexy is meant to be but don’t make the mistake of thinking it’s just awesome sexy heat. There’s equally awesome characterization, back-story, conflict and romance. I loved the alternation between fun and lighthearted on one hand and scorching heat and carnal passion on the other.

His voice was huskier now, going from good to wet-undies sexy.

Oh, he had a great smile. She loved guys who smiled. Tall, built, interested guys who smiled were like big-time Vegas jackpots. You heard about them, but you never imagined seeing one in person.

Shivers that were becoming more familiar by the second climbed up Cass’s back. He said her name like the low harmony of a song, making love to each syllable.

Shit, he could be in real trouble with this woman. She had a sense of adventure that seemed woven through with naughty good humor, threatening to turn him inside out.

Calm down.
By the looks of how they were playing this hand, they would take their time. She needed to get herself under control or she’d wind up begging for a quickie down on the carpet to cut the tension. What she loved about their game was what would rip her up inside. The waiting. The deliberate buildup.

“Help me out here, Tin Tin,” Ryan said.
Jon only crossed his arms over his chest. “No way. Don’t you know this is a one-in-a-million chance?” He waved between the two women. “They look like they’re setting up for girl talk. Girl sex talk. We may never have this opportunity to peer into the murky depths again.”

The boy wanted to play rough. Good. Because she wanted to be the sort of girl who could take it. All of it. No fear. Just a gluttonous, headlong rush toward her release. She shivered against a flash flood of pure sexual energy. 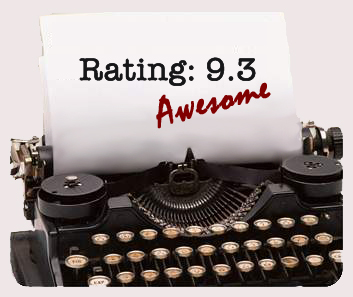 2 thoughts on “ARC-Review: DOUBLE DOWN by Katie Porter”