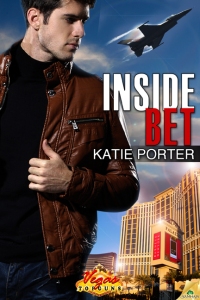 As assistant director in an accounting firm, Heather Morris is at the top of her game. Her straight-laced colleagues wouldn’t believe the secrets she hides: her wild teenage past, work-of-art tattoo and nipple ring.

Her orderly life veers off course when she’s approached at a wine tasting by an arrogant pretty boy with a dirty mind and a hardcore dangerous profession. She finds herself tempted to step outside her respectable façade for some well-deserved excitement.

Captain Jon “Tin Tin” Carlisle knows women. Loves women. One glimpse of the nipple ring under Heather’s conservative blazer lights up all his instincts. He’s stumbled upon a rare treasure: an exotic beauty with a sexy laugh and a taste for dares.

Now Jon must decide if the best sex of his life is worth chancing his heart on a woman who shields hers so well.

Warning:
Contains hot power play featuring a fighter pilot who comes from old money but knows all about bringing the dirty. Also: a nipple ring, sex on the hood of a hella sweet sportscar, and one teensy, tiny, wickedly naughty fluid exchange.

Last line:
“We’re getting you kicked out of your condo. Let’s make some noise, flyboy.”

Memorable Scenes:
– the roulette game with the side bets > *fans self*
– the scene in the bathtub at the Pallazzo and what follows after that > broadened my erotic romance horizon with some new-to-me kink
– the scenes in against the car in the parking garage and in the desert > holy crap! That was hot!
– the scene at the burger joint > awesome, sexy and powerful scene that was sort of a turning point in the emotional arc of the book
– the scene at the Bellagio on the chaise > this was another important scene for the emotional development, not to mention it was so scorching hot I thought my phone would melt
– the 2 chapters before the epilogue. OMG I bawled!

Heather Morris had a wild party-girl youth but turned that around to become a straight-laced accounting executive adult. Though she may seem quiet and restrained, underneath the veneer she is challenging and masks her insecurity with defiance even if she sometimes lets her fear of messing up dictate her life. I adored Heather and she’s been added to my list of favorite heroines!

Captain Jon “Tin Tin” Carlisle is a fighter pilot. He’s as defiant as Heather but he’s also loyal, cocky, smart as a whip and caring. He’s wicked dirty with a filthy mouth. Needless to say Jon has been added to my list of favorite heroes! He reminded me of Johnny Reed (Cindy Gerard’s BOI-series) and Jack Devlin (Lisa Kleypas’ SUDDENLY YOU).

Both Jon and Heather have learned to hide their true feelings and vulnerability with an outward persona that’s nothing like their inner personalities and cravings. Heather isn’t the subdued, polite businesswoman and Jon isn’t the careless, flirtatious playboy. They were both awesomely written characters that has a depth to them that spoke to me loud and clear

I loved the chemistry and banter between Heather and Jon. There’s humor and defiance and challenge in both of them and this translated brilliantly in their sexual compatibility and their dialogues. Their relationship starts off pure sexual and all kink but along the way there’s a shift towards a deeper emotional connection as trust and affection infuse themselves into the equation.

INSIDE BET had me completely in its grip, from start to finish. Jon and Heather mesmerized me with the heat they created and the battles they waged, both inside and outside the bedroom. Especially in the bedroom there was a battle to have the upper hand.

Next book is Leah’s and I can’t wait. With her contributions to these first two books of the series I’m curious about her and where her self-destructive behavior is coming from. That’s going to be one helluva story if I go by what I’ve been treated to with these first two books.

I really like how the books (only read 2 but I’m pretty sure it’s safe to call it) in this series are about so much more than just the hot, sexy scenes. In INSIDE BET next to the sex scenes and the witty sexual banter there’s depth of character and emotional issues for both Jon and Heather. The sexy scenes only add to the characterization and never take away from it.

Next to all the dirty, steamy sex INSIDE BET is a story of being in control, giving trust, bringing challenge and showing vulnerability. The last few chapters brought me to tears when all the emotions that had been pent up were let loose and I let them take me on the ride of the big argument, the realization, the groveling, my tears and Jon and Heather’s HEA!

Heather leaned against the table, intentionally posturing to give him a better view. “You’re an arrogant little prick, aren’t you?”
“It’s not little,” he said. “My prick, that is.”

Her mouth stole every thought out of his head until he devolved into the rough, rude kid he’d never been. Their tongues fought. In the swirling cloud of heat that swept between them, Jon probably gave away too much of his surprise.

He eyed her over the rim of his wide wineglass, giving the rich red liquid a swirl. “You know, you don’t look like you’ll be thirty-two in a week.”
She narrowed her eyes. “What, exactly, do you expect a thirty-two-year-old to look like?”
“I’ll get a plate of food in my lap if I say ‘withered crone’, yes?”
“And then a fork to your testicles.”

He murmured low and soft against her skin, words in French she couldn’t understand. Knowing him, it was probably filthy. The sublime and the sordid together. That was Jon. And he made her crazy.

“Maybe I just want this more.” Her hands worked at his belt then slid down his zipper. “Do you have any idea how reckless you make me feel?”
It couldn’t be half as insane as she made him. He kissed her hard, taking that anxiety from her, letting it ride him to a fine edge of control.

Jon slipped off the bed. A streetlight cast him in silhouette. “Should I sleep here or on the couch? I’m good with either.”
“Here.” The word slipped free so quickly. Honest and sure. “But no funny business. I’m liable to puke on you.” (-Heather has food poisoning-)
“That could possibly establish an outer limit to my kink, Ms. Morris.”

“No kissy-face,” Leah said with a groan. “You guys promised. If I came out as the fifth wheel, there would be no kissy-face allowed.”

“Honey, you have to know something about men. Young men. Maybe military men most of all. Our pride can be a helluva thing.” He said that last with another rueful chuckle. “If you’ve hurt his pride, you’re going to have to give him more than an apology. He’ll need a leap of faith. You just gotta hope he catches you.” (Heather’s dad to Heather about Jon)

Hope was a painful thing, sharp-edged and wild as it tore inside his chest. 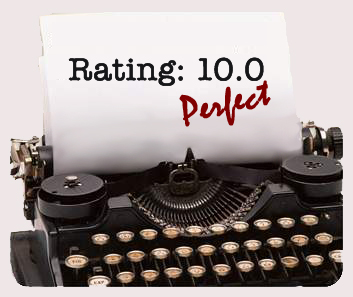 One thought on “ARC-Review: INSIDE BET by Katie Porter”