Tanya spends hours at a time painting renditions of the masculine—and very nude—glory that is Joe, her gorgeous blue-eyed model. The things an artist has to suffer for her craft. When he offers to help her learn how to improve her work, simple lessons in touching and learning his body, she’s willing to suffer that much more…for the sake of her craft, of course.

When tragedy strikes, her career is left dangling by a thin thread. The secret she’s harbored—that she’s been unable to finish her artwork—is exposed. Now she has little more than twenty-four hours to not only create the best piece of her life, but also finish it in time to be shown or lose everything she’s tried to build.

First line:
If Tanya looked up and met the force behind his blue eyes, she’d lose her nerve.

Last line:
She whispered, “My love.”

Memorable Scenes:
– Joe’s taste test > wow…
– the showing at the gallery > it was the culmination point of the story all in one chapter

BRUSH STROKES is very good contemporary romance that tells the story of a Tanya Combs, a painter who is suffering from a sort of painting block as she’s not able to finish paintings she’s started and she must, because her agent and patron is demanding finished works for a showing. Her inspiration comes in the form of her model, Joe Boyd. Sweet and attentive were the first words that came to mind when trying to describe Joe.

Though I enjoyed the story there was something missing in the characterization, especially in Tanya, that I couldn’t put my finger on. I’m inclined to say I missed depth as a lot, aside from the sensuality, is kept on the surface. Tanya’s character never really came alive for me. Even now, after having finished the book, all I know is that she’s an artist but I never really had that click of being able to relate to her.

The race thing that’s touched briefly by both characters was a bit distracting. As, for me, it wasn’t an important element in the story I felt the remarks about it the POVs rather pulled me out of the story as in as they didn’t really add to the characterization.

The story is fairly short but there’s a lot happening, which made it fast-paced and a quick read. I loved the combination of artsy creativity and hot chemistry. Dee Carney did a great job with that and despite my above minor issues I love her contemporary voice.

She did as he instructed, but the slow, methodic thump of his heartbeat beneath her palms made her want to stop and rest there for far longer than propriety allowed. For no better reason than to distract herself, she spread her fingers, sliding through the soft curls resting there. Only that was worse. The soft tickle resulted in an urge to rub against him with rough abandon. While that might alleviate the itch, what her continued exploration of his body stoked elsewhere might rage out of control.

“Look at me.” His fingers sped up, her hips rolled in time to match him, chasing the sensation he provided. “Look into my eyes when you come. I want to see what’s waiting for me when we return.” Her mind started to lose the battle. How could she focus on what he said when her body screamed for relief? All she knew was the way his clever fingers danced on her flesh.
She tightened her grip, knowing she couldn’t stand it any longer. Her body would give out. She would collapse in his embrace. At the end of it all, she would die a sated, boneless death. 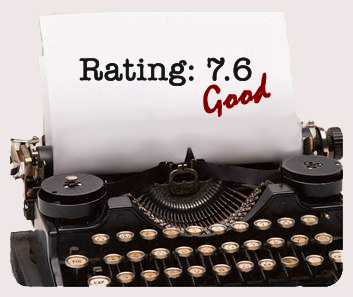