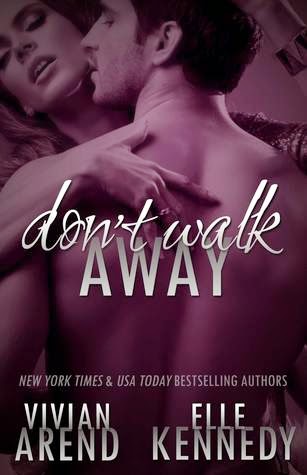 Blurb from Goodreads:
He wants to rock her world—in bed and out of it
For former Army Ranger Dean Colter, sexual escapades and wild flirtations are the norm—but it wasn’t always that way. Years ago, the DreamMakers co-owner was a one-woman kind of guy until he tore Emma Lee’s heart apart. Yet he’s never forgotten her, and when Emma waltzes back into his life, a second chance is suddenly within his reach…and he’ll be damned if he’ll screw up again.

She wants her world to stop spinning apart
Emma’s no longer the naïve girl she used to be. Now a successful designer in the fashion world, she refuses to let Dean’s killer smile and sweet-talking ways distract her from her goals. But being the target of Dean’s full-out seduction isn’t easy to resist, even as the dynasty she’s built teeters toward disaster. This time she might the one who breaks both their hearts when she has to walk away.

I love this series and when an early review copy found its way to my inbox I might have done a happy dance because I have been wanting to read Dean’s story since I finished reading book 2 (and maybe, if I’m realllly honest, since *that* scene in book 1).

What I absolutely love about this series is the witty humor, the camaraderie between the characters, especially between Dean, Jack and Parker, and the sexy heat of the romance in them all. I loved seeing all the characters from the previous 2 books back and they formed the perfect secondary cast for Dean and Emma’s story.

I love this series (have I said that yet?). This installment was just as awesome as the previous two. Dean was sexy and sweet. Emma was kickass! Their history was bittersweet but I knew it was all going to be okay in the end. And I liked that there was no suspense-like plot in this one. The plot that was there fit the story and complemented the romance perfectly.

Memorable Scenes:
– the one on Emma’s balcony > Djeez! That was hot!
– the one on the DreamMakers yacht > have I mentioned the sexy scenes in this book are dirty and hot?

Favorite Quotes:
“Word to the wise—never joke about something like that with a guy like me.”
“Why?”
“Because I take kissing very seriously, darling. If making out was an Olympic sport? I’d be a gold medalist.”

Emma raised a brow. “You call that dirty?”
“Are you seriously questioning my dirty-talking skills, Em? Because the moment my mouth goes into filthy mode, there’s no going back.”
“Yeah? Because I’m still not hearing anything dirty…”

Emma dropped to the mattress, panting hard. “You’ve killed me.”
“You speak real good for a dead person,” he teased, his chest moving just as rapidly as he caught his breath.